In Future Hi - Tech we sell and Install Photo electric, and Proximity Switches, Many Types and Many Brands are Availabe, Please contact us to recomend you with exact type for your application and Offer you best prices 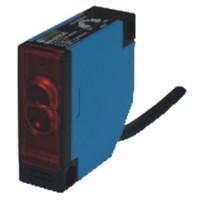 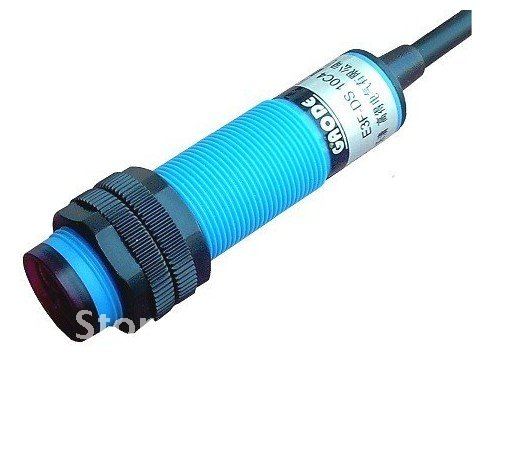 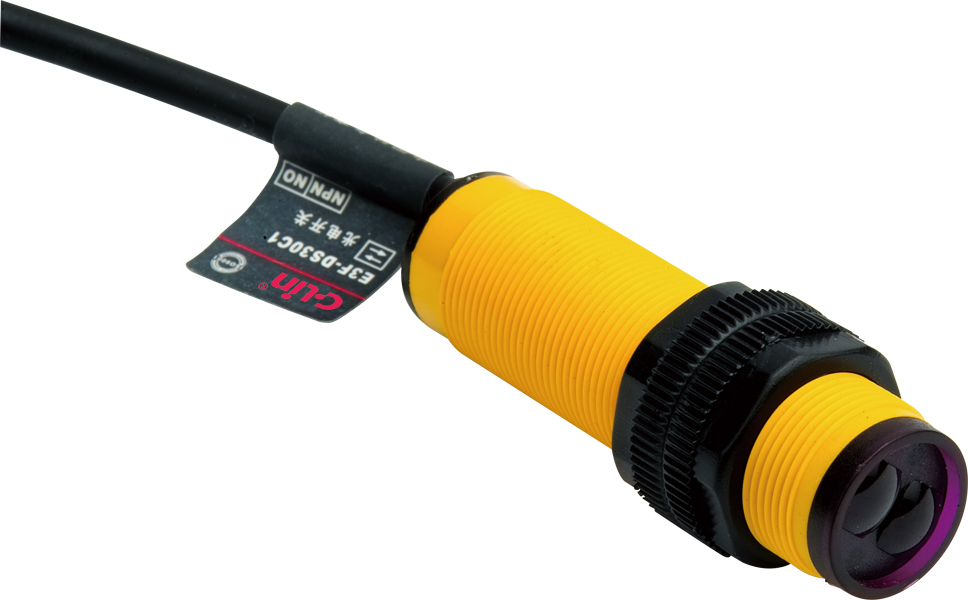 A photoelectric sensor, or photo eye, is an equipment used to discover the distance, absence, or presence of an object by using a light transmitter, often infrared, and a photoelectric receiver. They are largely used in industrial manufacturing. There are three different useful types: opposed (through beam), retro-reflective, and proximity-sensing (diffused).

Conceptual through-beam system to detect unauthorized access to a secure door. If the beam is damaged, the detector triggers an alarm .

Remote photoelectric sensors used for remote sensing contain only the optical components of a sensor. The circuitry for power input, amplification, and output switching are located elsewhere, typically in a control panel. This allows the sensor, itself, to be very small. Also, the controls for the sensor are more accessible, since they may be bigger.

When space is restricted or the environment too hostile even for remote sensors, fiber optics may be used. Fiber optics are passive mechanical sensing components. They may be used with either remote or self-contained sensors. They have no electrical circuitry and no moving parts, and can safely pipe light into and out of hostile environments.

A through beam arrangement consists of a receiver located within the line-of-sight of the transmitter. In this mode, an object is detected when the light beam is blocked from getting to the receiver from the transmitter.

A proximity-sensing (diffused) arrangement is one in which the transmitted radiation must reflect off the object in order to reach the receiver. In this mode, an object is detected when the receiver sees the transmitted source rather than when it fails to see it. As in retro-reflective sensors, diffuse sensor emitters and receivers are located in the same housing. But the target acts as the reflector, so that detection of light is reflected off the disturbance object. The emitter sends out a beam of light (most often a pulsed infrared, visible red, or laser) that diffuses in all directions, filling a detection area. The target then enters the area and deflects part of the beam back to the receiver. Detection occurs and output is turned on or off when sufficient light falls on the receiver.

The maximum distance that this sensor can detect is defined "nominal range". Some sensors have adjustments of the nominal range or means to report a graduated detection distance.

Proximity sensors can have a high reliability and long functional life because of the absence of mechanical parts and lack of physical contact between sensor and the sensed object.

Proximity sensors are commonly used on smartphones to detect (and skip) accidental touchscreen taps when held to the ear during a call. They are also used in machine vibration monitoring to measure the variation in distance between a shaft and its support bearing. This is common in large steam turbines, compressors, and motors that use sleeve-type bearings.